In support of artists, teachers, entrepreneurs, and service providers. 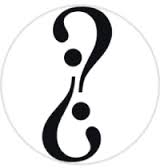 (MAIN ARTICLE) The Last War: Reverse Psychology and the Laws of Power

Breaking the Laws of Power: 1-5

Greene’s Law of Power # 21: “Play a sucker to catch a sucker – seem dumber than your mark.”

REVERSAL: Individuals have different criteria for intelligence and follow different learning styles. Observe your own judgements when considering another person’s intelligence – it also takes ignorance to recognize and be annoyed by ignorance.

What is keeping you from seeing and observing someone else’s uniqueness and strengths? Can the effort in “playing a sucker” be better focused by digging a little deeper and acknowledging someone else’s attributes?

What is it about your own intelligence which inspires fear in others? Why the need to tone yourself down if following this law?

What exactly are you trying to “catch” the sucker at? By catching him (and not being forthright) are you risking potential retribution down the road?

Do you know what you “are” rather than what you “seem”? Have you “played with the fire” of power enough to even know the difference?

Does taking advantage of “marks” make you a mark? Does it encourage scenarios for the emergence of more unconscious “marks” in the world? Why the derogatory references to people as stereotypes like “marks” or “sheep”? Does it make one feel better to elevate one’s own intelligence above others even if it is a limited perception when you compare it to your own self-grandiosity?

Greene’s Law of Power # 22: “Use the surrender tactic: Transform weakness into power.”

REVERSAL: Honest acceptance of vulnerability IS your greatest power.

Why is ‘weakness’ so undesirable? What is the worst that can happen by admitting you are not perfect? Why create a “tactic” around something that is potentially very beautiful about you which may simply be craving expression?

If everyone is hiding their “weakness” and racing each other in pursuit of power, does not the one standing still, embracing their own weakness, already achieved what the others are fighting for? At that point, how can surrender be considered a “tactic” and not as Truth?

Does weakness require being “transformed” by will or force if it is looked upon with honesty and openness? Does the very observation of it create a natural transformation through your actions?

What is the difference between ‘weakness’ and ‘vulnerability’? Does one assume a superior pecking order and the other a natural state of being?

Is true power the process of constant surrendering, or trust? Observing it as a “tactic” makes it external – a tool for manipulation. Understanding true surrender opens one up to the full flow of what a life experience has to offer. Does this yet make sense based on your experiences? Is this something you might WANT to experience?

REVERSAL: True concentration might be a matter of letting go and allowing. Rather than CONCENTRATING your forces, why not ALLOW your strengths to flow?

What is the difference between “force” and “power”? Is “force” a momentary exertion of feelings like anger, shame, guilt, desire or pride; whereas an expression of true “power” the natural state of trust, acceptance, clarity and joy?

At what point does concentration become overwhelming and unproductive? Does too much concentration arouse suspicion and distrust? Is there such a thing as “soft concentration” which allows another more wanted freedom?

Is it time to start practicing “letting go”? What does this mean to you?

REVERSAL: One of the definitions of “courtier” is one who seeks attention by flattery or charm. Why must one “play” at giving honest praise without a hidden agenda for dominance?

What represents the “King’s Court” to you? Is it Capitol Hill, Wall Street, Buckingham Palace, Hollywood, Vatican City? What would be your role here? Do you plan on changing your role once identifying it?

What is the difference between flattery and authenticity? How might this recognition change your current plan?

Is playfulness an expression of your sincere intentions? What was the most meaningful “play” you have experienced?

What if you were a “King” or “Queen”? NOW what does playing the perfect courtier mean to you? Is it an ego trip or one of authenticity?

What is most charming about you and how does it express your genuineness? What is it that you hope to accomplish by playing this game?

Greene’s Law of Power # 25: Re-create yourself.

Is “re-creation” a fancy word for going deeper toward understanding yourself? What does it mean to you to “go deeper”? Is this an accurate question?

Is re-creation of “self” possible by treating others differently? Does the choice to approach an interaction differently engage the process of re-creation? Is following this law inevitable when the “self is consciously aware of self”? How might one fully transcend this perception? Would that then lead naturally to the breaking of this law?

Is acknowledgment of re-creation even necessary? These questions can either be self-indulgent or reflective. What is the difference between being productive by “being” and being preoccupied with reflection of self in order to attain power? Might this be where the difference between “Service to Self” and “Service to Others” be revealed? (See THE LAST WAR) How can I be of service to you? Do we not each re-create each other with each interaction?  Need this phenomena BE a “law” at all?